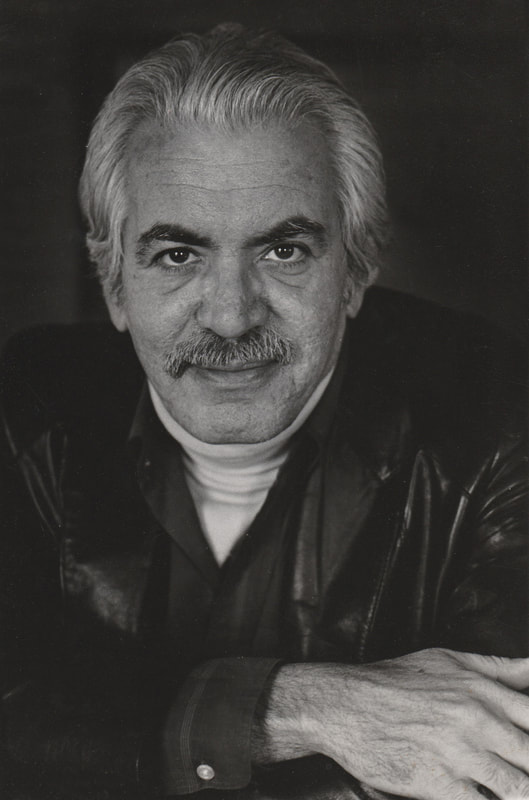 "The World's Most Famous Unknown Author"

I'm going to do my best to be able to give you the most in depth look into the life, writings, and adventures of Harvey Arden, - "The World's Most Famous Unknown Author," (his own words :)

I met Harvey Harvey on December 6th, 2000. He took the earliest flight into Boston from Washington D.C., where he lived. He was to be the featured speaker at an event I was hosting that night at Northeastern University, to raise awareness of the case of Leonard Peltier, a Native American Political Prisoner. Harvey had recently edited and published Peltier's autobiography, Prison Writings: My Life Is My Sun Dance, and he was going to give a reading and share some stories of his travels.  I picked up Harvey at Logan Airport and we grabbed some breakfast at a diner called Sparrs, that doubled as a medical supply and general store.  After breakfast we walked back to my apartment on Mission Hill, and spent the day talking about his adventures during his 23 years as a staff writer at National Geographic, and the many journeys that were capturing in some of his best selling books - Wisdomkeepers, Travels In a Stone Canoe, Dreamkeepers, etc. Harvey was the author, co-author and editor of nearly a dozen other books, wrote a few plays, and recorded 3 award winning spoken word albums. Needless to say, the man had some stories to tell! Hours flew by and we looked up to see that it was well past time to for us to head down to the event on campus. We both stood up and he took my by the shoulder and said, "I'm really glad you reached out to me, George. I get the feeling we're going to do some important work together!" And that we did! Over the next 18 years, Harvey served a a mentor, a dear friend, and a partner in publishing and producing various projects and events. We started HYT Publishing together in 2004, and published 3 books and 2 spoken word CDs.


I believe the majority of people first knew Harvey through his writing assignments for National Geographic, which resulting in some very powerful and life altering experiences for Harvey. In 1981, He was set to meet with Egyptian President, Anwar Sadat, to discuss some artifacts for an upcoming feature story. That article and meeting never happened, as just previous to their meeting, Anwar Sadat was assassinated. Harvey and his photographer were sitting very close to the President, when the gunmen starting firing into the crowd they were in. Somehow, Harvey and his photographer were not hit. They were separated in the chaos, and each thought the other didn't make it. Everyone else around them were not so fortunate. I believe there are some videos of Harvey describing the experience, that I will link here. The event, obviously, had a major impact on him. It was one of his many perilous adventures - being in the middle of a major earthquake, race riots, lost in the desert, stranded in a snowstorm way up a mountain, almost drowning in the Red Sea, and many other incredible stories.

All of these events will shape a man, although Harvey had already been shaped, maybe in fact, to be able to handle these events. He grew up in some tough Chicago streets, but his family roots were overseas. Many of his family members were forced into concentration camps, where they died, during WWII. Harvey was Jewish and as a young child, understood a scary truth, that many people did not "like his kind", and he had direct family members that died as a result. He thought about that truth, when later in life he began meeting with, working with, and writing about various Indigenous communities, mainly the Native American Indians. He understood, to some extent, the genocidal experience the collective People had endured on Turtle Island, aka the United States. Many of his books were about his shared experiences of those journeys - Wisdomkeepers, Travels In a Stone Canoe, Dreamkeepers, etc.

Harvey and I were meeting with Indigenous Elders, worldwide, and preserving their stories, history, and messages for future generations. He and I were talking about how the work was "building bridges" of understanding between cultures.  I mentioned something about us being "bridge keepers" - running with his line of previous titles: Wisdomkeepers & Dreamkeepers. He turned to me and said, "George - we are the BridgeKeepers! We have sacred work to do. We need to build bridges of understanding, of unity, of human experience, and we need to guard that sacred information and share it with the world! The world needs this now more than ever!"

Harvey is the 1st BridgeKeeper that I had the honour of knowing, working with, and learning from, directly. He was the most wonderful mentor, and an even dearer friend. He was a WisdomKeeper, himself and he has left a treasure chest of material for us to dive into.

There are hundreds (thousands?) of stories, adventures, cherished memories, wonderful photographs, videos, and writings that we are attempting to compile and share with the world.

For those that knew Harvey Arden, personally, you are a lucky and blessed group and you are well aware of his many gifts and talents that he shared with us all.

For those that did not know him, this will hopefully give you a glimpse of Harvey and the echoing imprint he left upon those that crossed paths with him, in person or through his words.
​
~George Bowe Blitch ​
Harvey subscribed to the philosophy expressed in this statement by Australian Aboriginal Elder Lilla Watson:

"If you've come here to help me, you're wasting your time.
But if you've come because your liberation is bound up with mine, then let us work together."

Visit www.HarveyArden.com to learn even more about Harvey

Harvey Arden and I created HYT Publishing in 2004 to publish a book we had been working on for a couple years, titled, Have You Thought Of Leonard Peltier Lately? Harvey was the editor of Leonard's first book, Prison Writings: My Life Is My Sun Dance, which chronicled Peltier's life in prison and his fight for justice - to be freed of a crime he didn't commit. As you can imagine, many publishers did not want to take the risk of publishing such a controversial book. After an exhaustive search, the 23rd publisher took on the project. From the way Harvey described it, they were thrilled to have a publisher, but it came with its own set of headaches and frustrations. He felt the publishers changed things up a bit much and didn't support the book all too well once it had been printed. He decided he didn't want to go down that road again, and he called me up and said, "George, let's forget about working with other people who want to tell us what we can or can't do. Think we can pull this off, ourselves? Think we can publish this thing on our own? Let's try it!" And so, we did! We spent two years working tirelessly on it. Since we held the reins, we decided to format it in a unique way, and we called it a Living Memoir with Artifacts. It was   After we put out our first book, we decided to keep the wheel in motion and set sights on a second.

We then set out to accomplish two goals for ourselves with our work. The first was to get our books and recordings out to the world that might not otherwise see the light of day.  The second goal was to try and get as many projects done as we possibly could, by taking any profits we made from one project and immediately putting them towards the production of the next project. We put out the following 3 books and 2 Spoken Word CDs ourselves, while contributing towards a few other projects.

Have You Thought of Leonard Peltier Lately?
White Buffalo Teachings
Voice of the Hawk Elder
Noble Red Man: Lakota Wisdomkeeper Mathew King (Spoken Word)
My Life Is My Sun Dance: Leonard Peltier (Spoken Word)
​
I want to thank everyone that has supported HYT Publishing over the years! Even though Harvey is no longer with us, his spirit is alive and kicking in every page he wrote. and every recording he ever made. I know Harvey loved working on our projects and it meant the world to him to be able to share them with the world. He appreciated ever kind word or fan he gained along his storied career.  It was a joy to join him along to the way, to support him, to learn from him.
~George Bowe Blitch