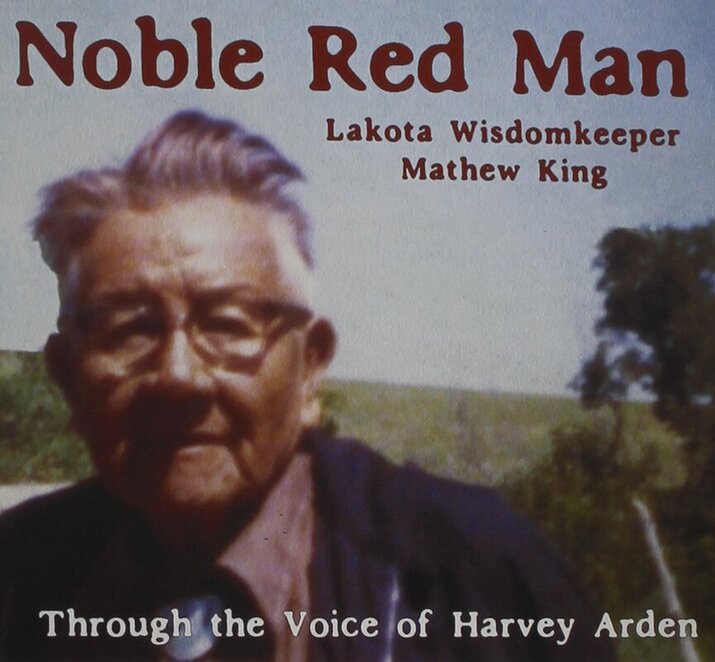 Harvey Arden, while working with National Geographic, went to Kyle, on the Pine Ridge Reservation, in February 1983 and met with Mathew, who let Harvey into the depths of his rich history, thoughts, and visions of the world. After many years of friendship, Harvey decided to organize and edit a book of Mathew's writings and interviews out, calling it "Noble Red Man" (see below).

When Harvey was asked by David Lee if he was interested in recording readings from the book, he agreed—not only giving a powerful spoken-word performance of Mathew’s transformative words, but adding his own moving first-hand memories of meeting and getting to know Mathew. These one-of-a-kind recordings have now been put into a CD, with haunting accompanying music by composer Jeff Foreman.