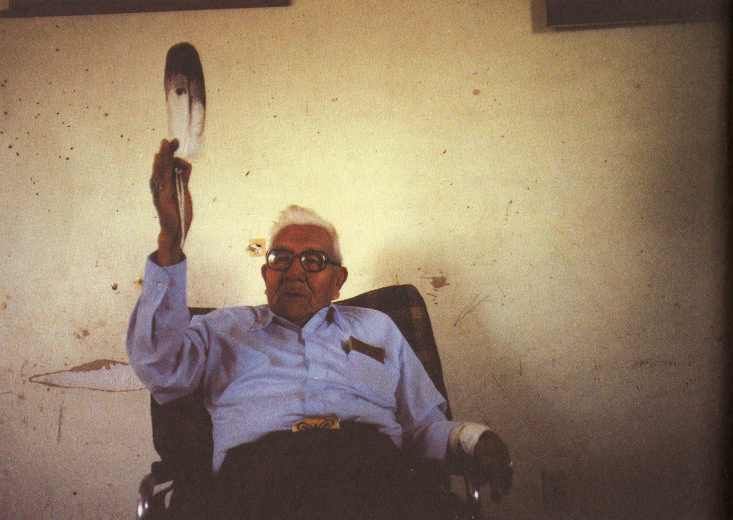 Harvey Arden, while working with National Geographic, went to Kyle, on the Pine Ridge Reservation, in February 1983 and met with Mathew, who let Harvey into the depths of his rich history, thoughts, and visions of the world. After many years of friendship, Harvey decided to organize and edit a book of Mathew’s writings and interviews out, calling it Noble Red Man.

King shares the story of the struggles of the Lakota people, his spirituality, and our personal Instructions and Responsibilities we must follow in life. After Mathew passed on to the spirit world, Harvey spent a great deal of time taking interviews, personal correspondence, and recordings Mathew’s family gave him access to, and formed the book into what feels like an intimate conversation with King, himself.