Prison Writings: My Life Is My Sun Dance   -    Leonard Peltier 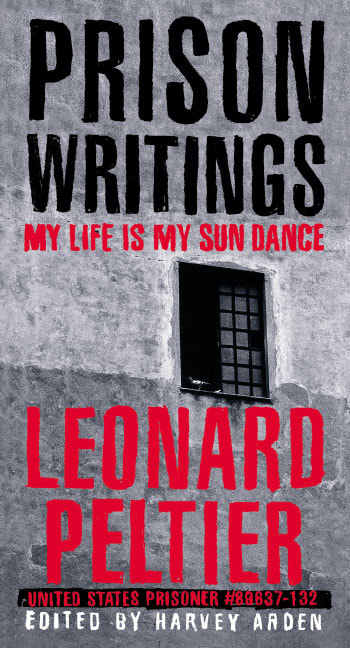 Edited by Harvey Arden, with an Introduction by Chief Arvol Looking Horse, and a Preface by former Attorney General Ramsey Clark.

In 1977, Leonard Peltier received a life sentence for the murder of two FBI agents. He has affirmed his innocence ever since--his case was made fully and famously in Peter Matthiessen's bestselling In the Spirit of Crazy Horse--and many remain convinced he was wrongly convicted. Prison Writings is a wise and unsettling book, both memoir and manifesto, chronicling his life in Leavenworth Prison in Kansas. Invoking the Sun Dance, in which pain leads one to a transcendent reality, Peltier explores his suffering and the insights it has borne him. He also locates his experience within the history of the American Indian peoples and their struggles to overcome the federal government's injustices.