"The Most Original Mustanger" 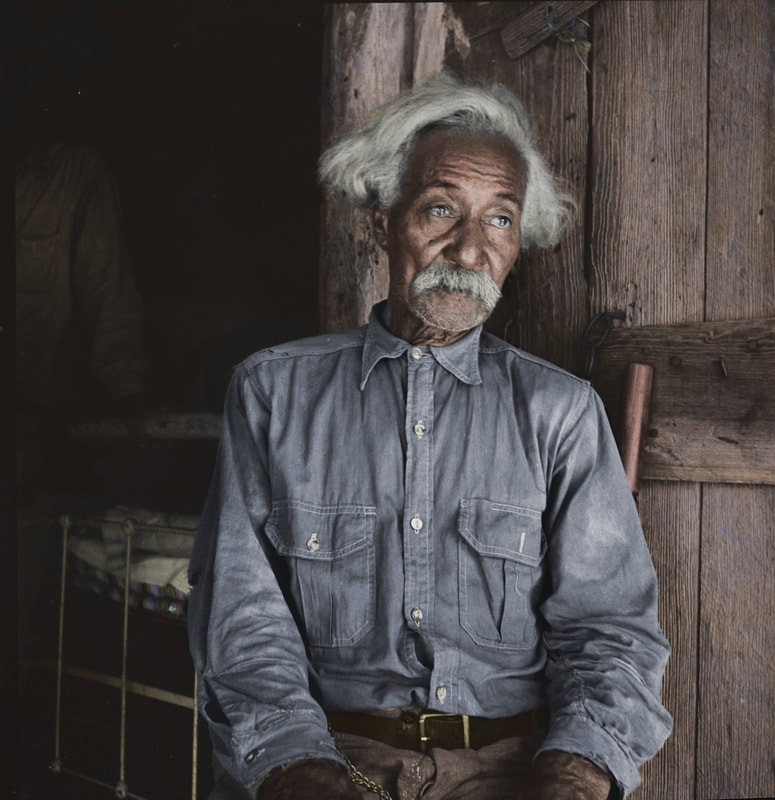 Original photo - Dorothea Lange, Color rendition by Pat Segatto
Robert "Bob" Lemmons was born a slave in Lockhart, TX (Caldwell County) in 1847. He became one of the most notorious cowboys of early Texas, and made an unprecedented rise in traditional social and economic status - from a slave to a rancher and landowner. Bob was one of the greatest mustangers of all time. He became a legend in his day by perfecting his unique method of catching wild mustang horses - by himself and his horse.
"I made the mustangs think I was one of them. Maybe I was one of them. Maybe I was in them days.  After I stayed with a bunch long enough, they'd faller me instid of me having to faller. Show them you're the boss. That's the secret."  -Bob Lemmons
My personal connection is that Bob purchased an adjoining ranch to my great-great-grandfather, where the two ranched together for many decades. Later Bob and my great grandfather, Erskine Rhodes, would also ranch together and they became very close friends, as well. In Bob's later years, when his eye sight became extremely compromised (before going completely blind), he moved into a modest one room home about 100 yards from Erskine's home, which had a "slick line" wire running between the two, for Bob to be able to easily navigate his way around. From what I understand, he lived there for at least ten years. His son, Robert, worked alongside Erskine on our family ranches ranches, and they both were considered family to the Rhodes. Bob passed away, just shy of his 100th birthday, in Carrizo Springs, TX. His son, Robert, the only child of 8 to outlive his father, continued to work with my family for many years after.

My mother, Janie Helen Bowe Blitch, recorded historical accounts from family members and friends that knew Bob. She used those as she wrote her Master's Thesis, "Old Bob," which captured a great deal of our family history with Bob and stories she unearthed along the way. I have reached out to Bob's relatives to hear their family stories of Bob, and to share some some pictures and artifacts from Bob's life.  I have also contacted various authors and historians, and am currently researching more about this life and the rich history of the area - and the fascinating role of Black Cowboys in early Texas. I plan to publish a book in the near future, that highlights Bob's lifetime accomplishments.

Robert "Bob" Lemmons was born a slave in Lockhart, TX (Caldwell County) on November 20, 1847 or 45 He was purchased by Levi English and given to his son, Bud. They spent a great deal of together and became like brothers. On July 4th, 1865, that would all change.  A group had gathered at Ed Burleson's for a day long  celebration. While rounding up his horses, Burleson was attacked by Indians but managed to flee to the house. The men decided to pursue the attackers; Captain English, Bud English and Bob were among the riders.  When they came upon the Indians, the band proved to be thirty-six Commanches, well armed and mounted two to a horse. They at first retreated, but, noting that the settlers had all fired their  muzzle­ loading rifles, quickly dismounted and charged. In a few minutes a desperate hand-to-hand battle took place, in which English's men were compelled to retreat.  Bob managed to escape and hide, but Bud English and two other men were killed. Captain English and the remaining settlers, all wounded, but the three men, returned to the ranch. Only after nightfall could Bob return to the battle scene and recover Bud English's body. He moved to  Carrizo Springs, (Dimmit County), Texas with the English family on October 1865. ; Soon thereafter, Mr. English gave Bob his freedom. He soon found employment with Duncan Lammons, a man who taught him about horses and gave Robert the surname “Lemmons,” (a variant spelling that evolved over the years). Robert Lemmons farmed, hauled supplies, and went on cattle drives for Duncan Lammons.

No other cowboy equaled Lemmons in capturing mustangs, which were in high demand for roundups during the cattle drive era of the 1870s and 1880s. Lemmons usually worked alone totally isolating himself from humans to gain a mustang herd's trust and thereby infiltrate the heard.  He then uprooted the herd hierarchy by mounting the lead stallion and then taking control of the herd, which followed him into a pen on a nearby ranch, followed by the rest of the herd. Sometimes it was herds that had worn down meager fences, and sometimes Bob went to rescue a herd that had been cut free by the native Indians. Regardless, Bob would many weeks carefully calculating the herd, to become a part of it. Many of the other cowboys that were going out to search for/recover mustangs had a different technique. They would spread out and make a very large perimeter with a dozen men and they would run the horses back a forth, as they would slowly close the perimeter. Eventually, the herd would be so run down, they were able to move them more easily. Effective, perhaps in getting them, but the horses paid the ultimate price. Many times they would bring back very weak horses as a result, and there would be many that would not survive the stress. Bob's tactics had the opposite results. The horses he brought back were not stressed and run down. He made sure of that, and when someone wanted the job done right, Bob was the one they went to!
​
In 1870 at age twenty-two, Robert Lemmons had earned a small fortune of $1,000 for gathering wild mustangs.  He bought his own ranch and learned how to read and write. Eleven years later he married Barbarita Rosales, a Chicana, on September 3, 1881.  The couple had eight children, but many did not survive long and only one son outlived Bob. The couple went through a lot, including having to deal with folks that did not condone them bing a mixed couple. They had to lie and say Barbarita had black ancestors, as mixed marriages were illegal in many areas.

During his life Robert Lemmons had amassed 1,200 acres of land and impressive holdings of horses and cattle.  With his own financial security achieved, Robert and Barbarita Lemmons became well known as people who helped their neighbors, greatly, during the Great Depression.  Bob Robert Lemmons died on December 23, 1947 at the age of ninety-nine years.

I will be continuing to add stories about Bob, and will be sharing many references to where you can explore more him. Stay tuned! 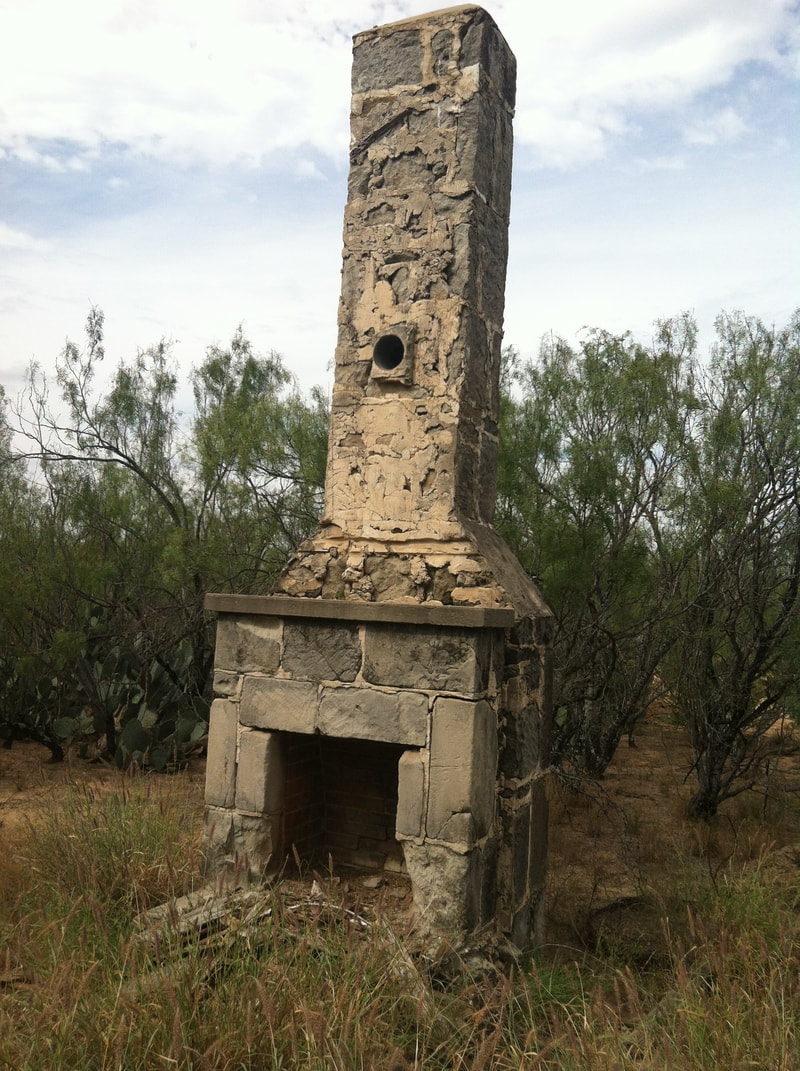 The chimney is all that remains of the house Bob lived in during his final years, in Carrizo Springs, TX 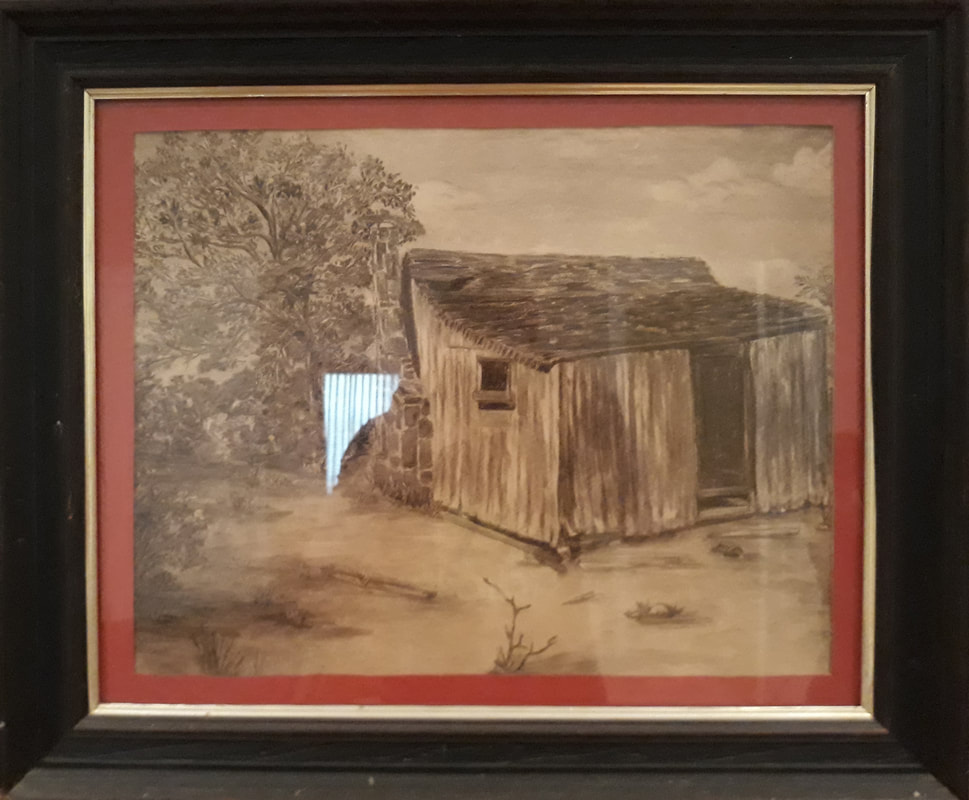 This drawing was done by Mrs. Quinney - of the modest home Bob lived in on our family ranch. 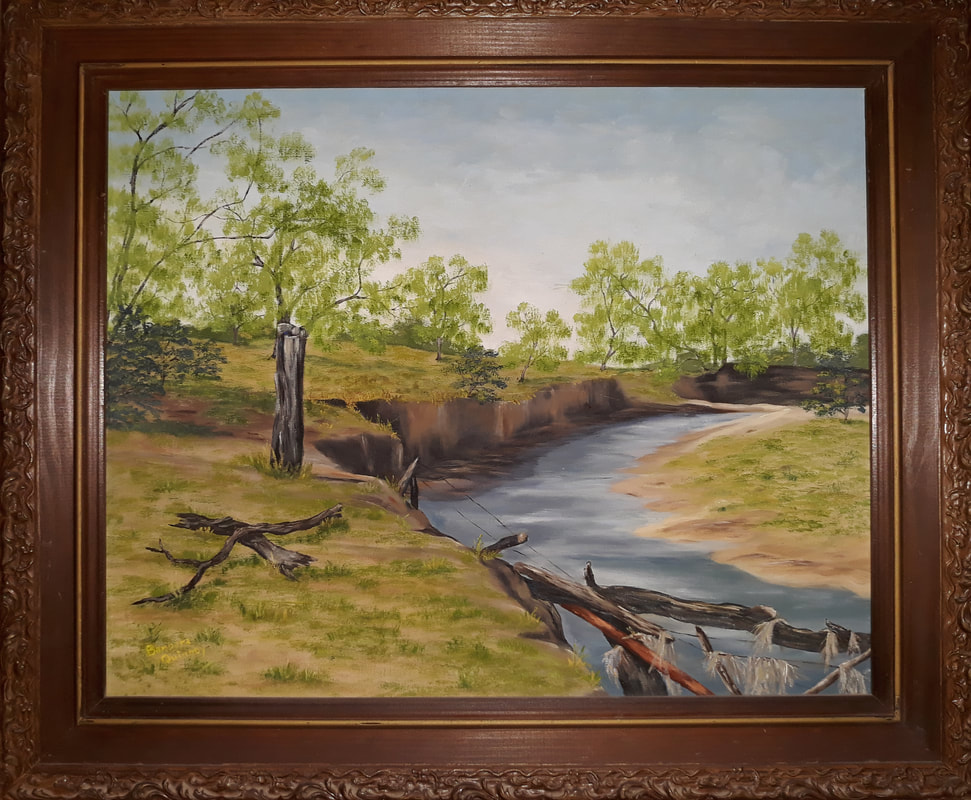 This painting, by Mrs. Quinney, was a scene she painted of where Bob's original house stood, along Carrizo Creek.